The Future of Service of Process: Papers Being Served on Twitter 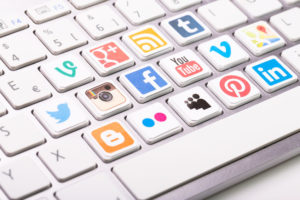 Did you know that some courts around the country have already allowed service of process by social media? Alternative means of service has long been accepted as a necessity, especially when an individual is clearly intentionally avoiding service. But the methods of alternative service haven’t changed in decades, and they are no longer valid in today’s society. To keep up with the times, courts are going to have to start using digital means to serve papers.

Why service is important

Process service isn’t just a hoop you have to jump through to get your case in front of the judge. Serving legal papers is an important part of the judicial process. Without notifying the other party of the case, you are denying them due process. Due process is the legal term given to the fact that all citizens have the right to defend themselves in court, whether the case be criminal or civil.

In times gone by, the most common alternative means of service has been by publication. This referred to placing an ad in a newspaper publication that commonly circulates in the jurisdiction of the court. It used to be a valid argument, and one would assume that citizens would read the local paper. However, today newspapers are largely ignored for online versions of news, and they don’t include classifieds.

Social media gives a new opportunity for alternative service that is more likely to actually end up in front of the intended party. Social media, particularly Facebook, offers easy ways to privately send legal documents with a proof of receipt. For example, that “read” message you get on Facebook Chats can be evidence that the papers were received.

Social media is also much more common, making it more likely to serve the purpose of informing a party of their legal actions against them. That makes it very attractive to many judges.

However, social media is still not a generally accepted notion of alternative service, primarily because older judges are not aware of its capabilities. You can still get this option though in some cases.