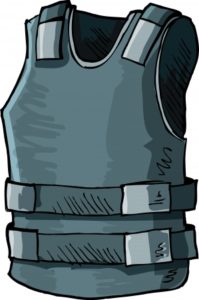 There are certain jobs that are well known for their tendency to place employees into harm’s way. Police officers, firefighters, and members of the military all put their lives on the line each day to serve their fellow citizens. One profession that rarely receives enough attention for its dangerous qualities is that of a process server.

Process servers are responsible for serving official court documents to people involved in some type of legal matter. Documents range from divorce papers to subpoenas to testify in court. Since the papers that process servers deliver tend to hold bad or stressful news, few recipients accept their documents willingly and joyfully. Unfortunately, the truth is that many process servers have experienced threats, violence, and physical injury during the process of serving papers.

Toward the end of April, a Logan County sheriff’s deputy was shot while serving an eviction notice. His tragic death reminded his community and the country at large that working as a process server does come with inherent dangers. As Oklahoma County sheriff’s spokesman stated, “There’s always a concern. There’s no such thing as a routine lockout, or routine eviction.”

Ann Pollard, President of the Oklahoma Private Process Server Association, echoed those sentiments. Pollard always looks up a person’s criminal background before serving an eviction notice or other legal paperwork. She explained, “You have to stay on guard in this job. Some people have a sixth sense about things. You have to look around and see what’s going on.”

Eviction is a sensitive matter, because it deals with forcing residents to leave their homes. Process servers handle many eviction notices each year, but it isn’t a one-step process. Before a resident is evicted, he receives multiple notices and opportunities to resolve the problem leading to the eviction. When the allotted amount of time has elapsed, a full eviction finally occurs. Though residents should know it is coming, extreme caution must always be taken. In Pollard’s words, “You don’t know who’s behind that door, or what’s behind that door.”